Posted by LASURFPUNK at 11:41 AM No comments:

After marrying Terry Miller in Canada over a decade ago, scribe/activist/rebuttal genius Danny Savage was able to marry Terry in their home state of Washington (since marriage equality passed in that state this past November).

After the formalities, Danny quips:   "It's time to consummate this thing."

Congrats to the happy and very HANDSOME couple. 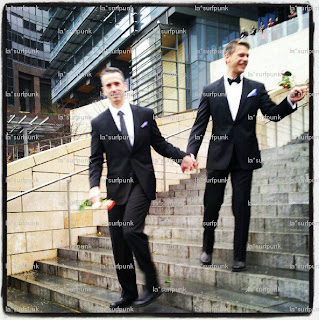 Posted by LASURFPUNK at 10:39 AM No comments:

The annual run for a good cause in Boston, Mass. 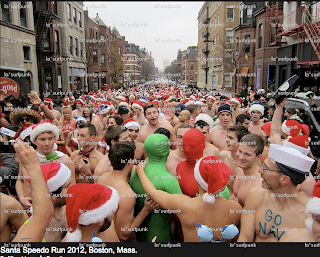 Posted by LASURFPUNK at 9:43 AM No comments: