BUT...L@@K who we found tucked in the pages of our VOGUE---THE SEPTEMBER ISSUE (THE one and only September issue as far as we're concerned!!!).

It will be interesting to see what he brings to the US Open.  He caused quite a buzz at Wimbledon, especially for his performance against Novak in a match leading to the finals.

For those looking for a tennis idol to get their claws in...NOW would be a good time to hitch your wagon to Grigor before the train pulls out of the station.  We see good things ahead in his career. Jump on board before it is too late. You don't want to be a Johnny-come-lately.

We've already hitched our trailer to Nole (since 2004!!! We fell in LOVE with  the lad when we FIRST saw  his face AND his wicked cross-court backhand (that evasively kisses the line).  A signature move  in which Nole has since perfected for over a decade and can give a clinic on!!!) 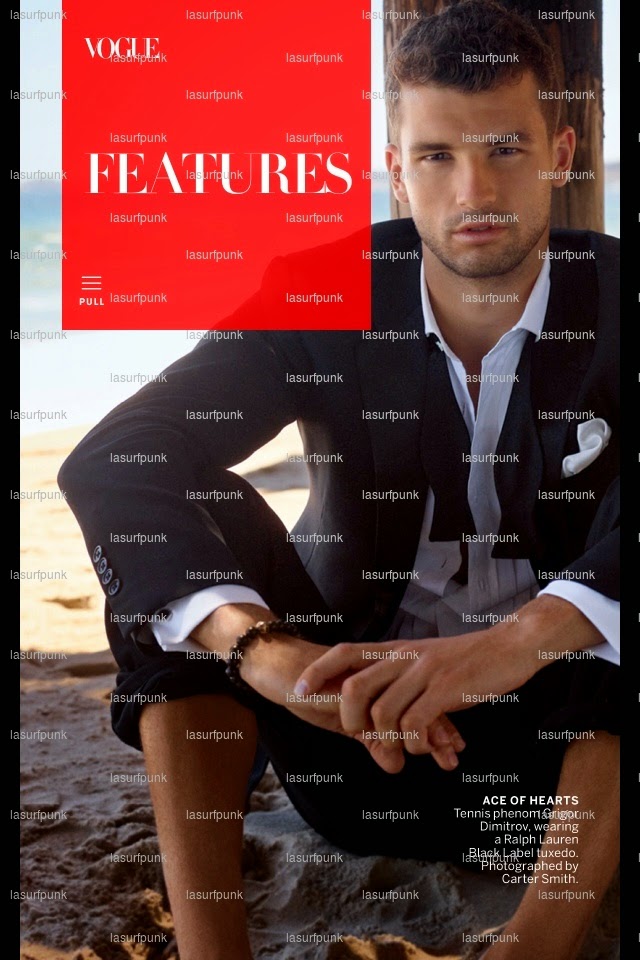 Posted by LASURFPUNK at 1:04 PM No comments: