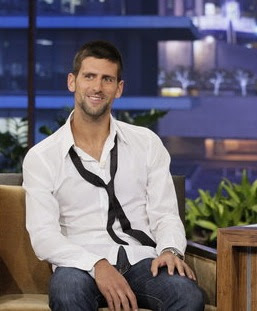 Splashed on the front page of this morning's The New York Times, the daily ponders that very question:

In the past year, in a relatively extreme makeover, Djokovic changed his serve, his diet, his publicist, his fitness regimen and, because of all of this, his standing in men’s tennis.

The next phase — making Djokovic a household name, among the world’s biggest sports stars — will continue next week in the United States Open, where he was named Wednesday the No. 1 seed in the men’s draw. While Djokovic has surpassed his rivals Rafael Nadal and Roger Federer on the tennis court, he now hopes to at least join those two, who both reside on Forbes magazine’s list of the top 10 most powerful athletes, in areas such as endorsements, fame and global exposure. 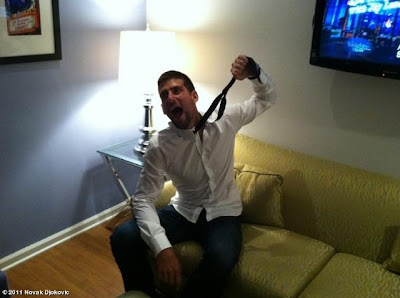 Novak Djokovic
Posted by LASURFPUNK at 7:07 AM