The look from the Swiss that dominated the third and fourth set, below: 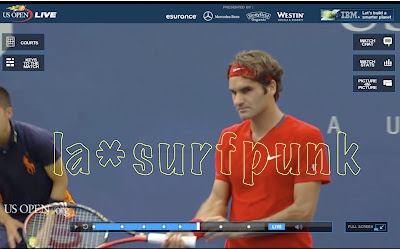 Any day is a GREAT day when that smug Swiss loses!!
That aloof and could-care-less-roll-the-eyes-attitude halted at the third set of last night's match when the cunt realized he was in trouble and Tomas Berdych was up two sets to love.
The arrogant one managed to scrape a win with the third set but lost the fourth.
In front of the wife, Smirka, VOGUE EIC, Anna Wintour, and the dad, donning those ever-present headphones (so he can listen to the commentators to see what they are saying about his son **roll eyes**), he LOST!!
HA!!
Everyone, especially that BUTCH one Mary Carillo, carps on and on about how humble this one is....what is humble about a black pair of tennis shoes with an icon of a gold trophy with the number 5 (he wore last night)??!! Or changing into a gold and white custom-made Nike suit to accept the Wimbledon trophy whilst your opponent is in tears??
Humble?
Arrogant fuck. 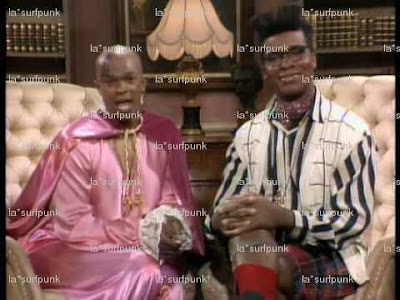 Posted by LASURFPUNK at 9:21 AM