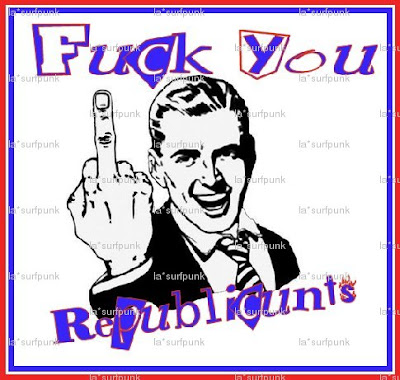 But you certainly didn’t see anyone openly gay on the stage in Tampa. More to the point, you didn’t hear mention of gays and lesbians.....It was striking because the [republiCUNTS] went so emphatically far, in terms of stagecraft and storytelling, to profess inclusiveness, and because we gays have been in the news rather a lot over the last year or so, as the march toward marriage equality picked up considerable velocity. We’re a part of the conversation. And our exile from it in Tampa contradicted the high-minded “we’re one America” sentiments that pretty much every speaker spouted.
---OPENly GAY columnist Frank Bruni for The New York Times: Excluded From Inclusion
Posted by LASURFPUNK at 6:59 PM