ELLE OF A GUY! 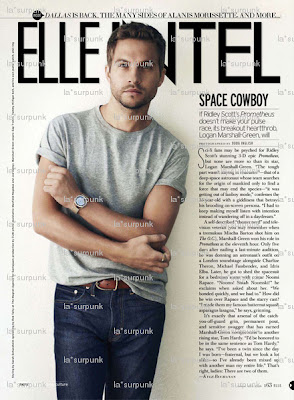 Get ready for the onslaught of everything Logan Marshall-Green.

We have a mad hard crush on the man!! And, we will be posting every morsel, tidbit, and ass scratch this one makes!!
From ELLE:

It’s exactly that arsenal of the catch-you-off-guard grin, permanent pout, and sensitive swagger that has earned Marshall-Green comparisons to another rising star, Tom Hardy. “I’d be honored to be in the same sentence as Tom Hardy,” he says. “I’ve been a twin since the day I was born—fraternal, but we look a lot alike—so I’ve already been mixed up with another man my entire life.” That’s right, ladies: There are two of them.