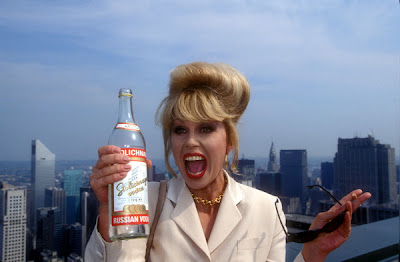 All these scientists had to do was consult us, we've already done the decades of research and bank loads of funding.
A study has been released stating that hard drinkers live longer than non-drinkers.
The study  titled Alcoholism:  Clinical and Experimental Research suggests that — for reasons that aren't entirely clear — abstaining from alcohol does actually tend to increase one's risk of dying even when you exclude former drinkers. The most shocking part? Abstainers' mortality rates are higher than those of heavy drinkers.

Moderate drinking, which is defined as one to three drinks per day, is associated with the lowest mortality rates in alcohol studies. Moderate alcohol use (especially when the beverage of choice is red wine) is thought to improve heart health, circulation and sociability, which can be important because people who are isolated don't have as many family members and friends who can notice and help treat health problems.
But why would abstaining from alcohol lead to a shorter life? It's true that those who abstain from alcohol tend to be from lower socioeconomic classes, since drinking can be expensive. And people of lower socioeconomic status have more life stressors — job and child-care worries that might not only keep them from the bottle but also cause stress-related illnesses over long periods. (They also don't get the stress-reducing benefits of a drink or two after work.)

Even though heavy drinking is associated with higher risk for cirrhosis and several types of cancer (particularly cancers in the mouth and esophagus), heavy drinkers are less likely to die than people who have never drunk. One important reason is that alcohol lubricates so many social interactions, and social interactions are vital for maintaining mental and physical health.
via time