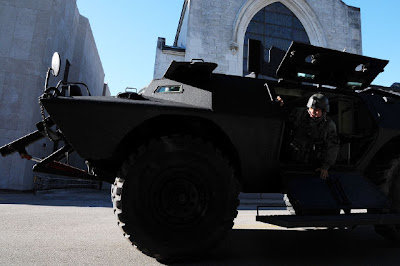 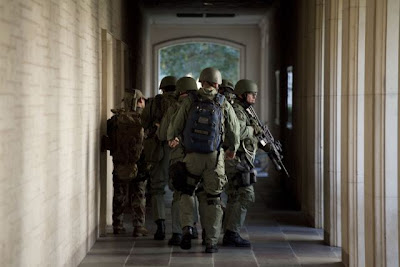 Soldiers at Calhoun, above
One of our old haunts is haunted today....
A gunman entered the University of Texas campus and "fired three shots in direction of university catholic center and three in the south mall."
Authorities believe there are 2 suspects.
One suspect entered the Perry-Castañeda Library and shot himself on the 6th floor.
The second shooter is still at large.
SWAT, UTPD, and APD have all been summoned and taking action.
Scary Mary.

thedailytexan
UT: One suspected shooter at the PCL Library is dead. Police still looking for potential second shooter. Do not leave your building.about 2 hours ago via HootSuite
RT @statesman: 'More Guns, Less Crime' author planned to speak at UT today: http://bit.ly/dorARa #UTShooterabout 1 hour ago via TweetDeck
Posted by LA*SURFPUNK at 9:10 AM