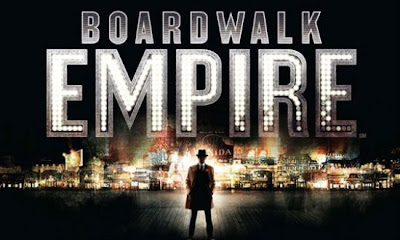 After one episode, HBO renews Boardwalk Empire for second season.
4.8 million viewers watched the pilot.  Of course this trick helped with viewership,  HBO took a page right out of Bravo's book of programming, or is that vice versa (did Bravo lift that trick from HBO), and ran the episode continuously Sunday night.
We heard chatter that the series cost $65 million to produce.  With Martin Scorcese and Steve Buscemi and writer Terence Winter, all that talent ain't cheap!!!  WORK!
Posted by LA*SURFPUNK at 9:44 AM