A FACELIFT OF PARAMOUNT PROPORTIONS 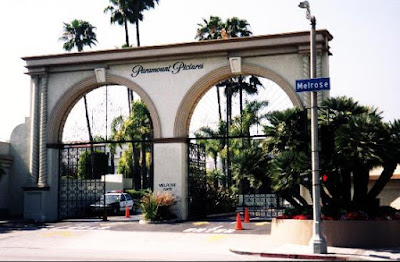 Paramount Pictures plans a $700M rejuvination on its 56-acre lot that will span over 25 years!!
Nikki Finke details:
The 25-year plan, which outlines proposed enhancements to the studio’s properties, will provide Paramount with the flexibility to modernize and further upgrade the studio’s state-of-the-art soundstages and high-tech film and television production facilities. These facilities are located on the studio’s 56-acre lot and six studio adjacent properties located in Hollywood. In total, over its duration, the Project represents a potential $700 million investment in Los Angeles and is anticipated to generate $3.1 billion in economic output annually. Projected capital improvements are expected to create nearly 7,300 jobs during construction and 12,600 jobs during operations.
Posted by LASURFPUNK at 10:07 AM