A FIGHT OF HUGHES PROPORTION 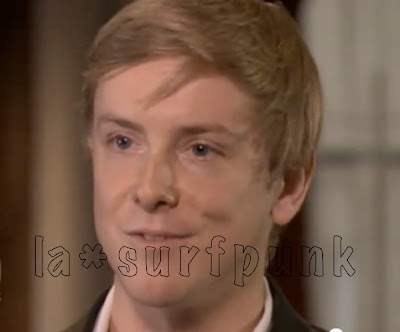 Facebook co-founder Chris Hughes is fighting the good fight. He is involved in helping to stop an anti-gay amendment that would ban the legal recognition of any form of a same-sex union in North Carolina. The vote is happening today, possibly tomorrow.
Hughes has lent his advocacy to the LGBT groups in the state.
Chris wrote a letter to the North Carolina General Assembly:

As the co-founder of Facebook, I have some experience with the challenges of attracting the kind of driven, dynamic and diverse employees it takes to build a fledgling start-up into a full- fledged economic success story.

Companies like Facebook, Google and Apple are the future of our global economy. But the proposed anti-gay constitutional amendment signals to these and other major employers, as well as their mobile, educated employees, that North Carolina does not welcome the diverse workforce that any state needs to compete in the international marketplace.

In short, this amendment is bad for business, bad for the perception of my home state on the national stage, and a far cry from job-creating legislation that North Carolina lawmakers should be focused on.

But the negative business impact is far from the only harm of this amendment. Growing up in a conservative atmosphere in Hickory, North Carolina, I felt first-hand the stigma of being different in a Southern state—a feeling that made it clear to me that I was not welcome in North Carolina.

The proposed discriminatory legislation will only perpetuate this stigma for a new generation of creative, talented youth, uninterested in second-class citizenship in a state they call home. Gay and lesbian North Carolinians work hard, contribute to society, and want to protect their families like everyone else. Their families deserve the same respect and the same treatment as everyone else, and they should not be exposed to the derogatory and harmful anti-gay rhetoric that inevitability accompanies these kinds of campaigns. North Carolina deserves better than that.

The next Facebook or Apple or Google could be created by another North Carolinian. Be mindful of how you treat them and their families.

Chris Hughes Co-founder of Facebook and North Carolina native
Hughes and fiance Sean Eldridge have earmarked $10,000 to help Equality North Carolina to fight this measure.
Way to go guys!!
OUT AND PROUD!!!!!!!
Posted by LASURFPUNK at 11:35 AM