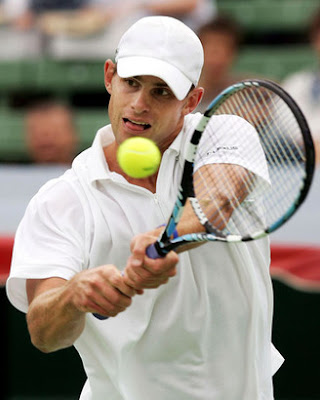 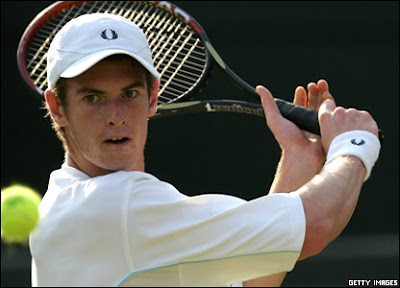 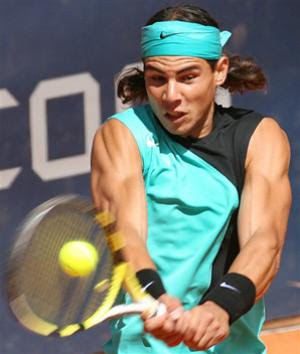 With the rain delay yesterday and showers today, the US Open has suspended play.
Earlier today, the rains seemed to halt. US Open officials scrambled to make the courts dry and trot the players out.
Much to his chagrin, Rafael Nadal felt rushed. His match started then was suspended due to rain falling again and the courts, especially the white lines being slippery, became slick.
Nadal felt his physical well-being was compromised for the sake of money. The US Open is worrying about how much revenue is made from this tournament and the two week window of this Grand Slam.
In a closed door meeting, Rafael Nadal, Andy Murray and Andy Roddick discussed with an official about the courts' conditions and voiced their concerns about their safety on playing on a wet court.
All three have said they felt powerless and had no say about getting out there in less than favorable conditions. All three feel some pressure to play in these conditions.
Nadal, especially, felt rushed and forced to get out there then to be yanked off while being down a couple of games-- he was angry.
This is a debate that now will be front and center with officials, the players and their associations/representatives.
And, the men have more pressure having to complete possible 5-set matches, 4 days in a row in order to complete the Sunday deadline. A physical toll is placed on their bodies.
At times like this, why can't the US Open extend play into the next week. It is not like there is a pressing need for the courts a week immediately after the 2nd Sunday. For the safety of the players, an additional week may now need to be an option when the weather becomes the central issue.
As for as advertising and revenue contracts, place a weather amendment into these legal papers and extend the play by a couple of days or even a week.
It is a win-win for all parties involved. The players won't feel used and tournament officials will "look" like they are caring and considerate to the health and well-being of the athletes.
Posted by LASURFPUNK at 11:18 AM