Lenser Ryan McGinley leaves us all hot and bothered!! 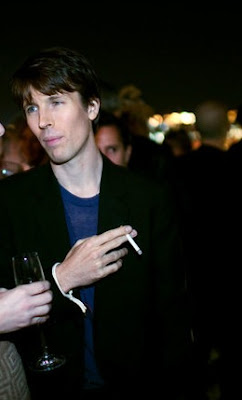 With so many Ryans staking their claim in the art world, people are confusing one for the other.

The New York Times elaborates on the very subject:

(And, our main MAN crush Ryan McGinley is featured!!)

Well, it’s certainly hard to keep them all straight. But strictly speaking, only Messrs. Trecartin, McNamara, McGinley and Sullivan are gay. Mr. Gander, Mr. Johnson and Mr. Humphrey are not. Nor is Mr. McGinness, whose relationship with Mr. McGinley is purely homonymous.

There may be a simple explanation. According to the Social Security Administration, which keeps track of the most popular baby names, “Ryan” first cracked the top 100 in 1971 — coming in at No. 51 — and rose steadily to No. 11 in the 1980s, resting there, give or take a notch, for a good 10 years.
Posted by LASURFPUNK at 3:46 PM