In gay vernacular, U look like a "bear," closet case... 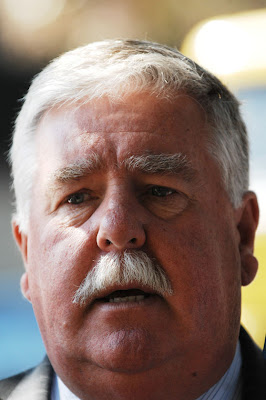 Australia has their own scandal with one of these bible-thumping, conservative family value hypocrites.
David Campbell is a member of the Parliament and he was videotaped leaving a gay bathhouse near Sydney!
Ha. Ha. Ha.
NSW Transport Minister David Campbell has resigned following revelations he used his taxpayer-funded car to visit a gay men's sex venue in Sydney's eastern suburbs. A 7News investigation has revealed Mr Campbell allegedly left a sex venue in the electorate of Premier Kristina Keneally on Tuesday night. About 5pm on Thursday night, the Labor MP met with Premier Keneally to offer his resignation and she accepted it without hesitation. In a statement issued by the government, Mr Campbell said he apologises to his wife, family, colleagues and staff. "This will be a very difficult time for my family and friends," it said. The investigation aired video of Mr Campbell seen to be leaving Kens at Kensington where he spent two hours on Tuesday night. Mr Campbell is accused of driving his own ministerial car to the gay sauna. Formerly known as Ken's Karate Klub (or KKK) the establishment charges a $22 entry fee and assures clients of discretion. Its website offers services for men who prefer men, including a porn lounge, sauna and spa. Since 1999, Mr Campbell has campaigned strongly and successfully as a family man in his Wollongong seat of Keira.
Posted by LA*SURFPUNK at 8:50 AM