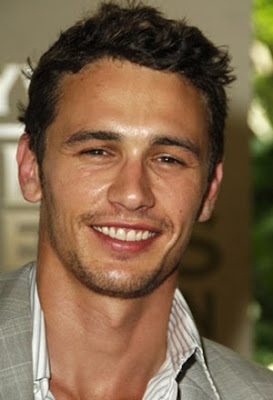 Jamie has inked to star in a Planet of the Apes prequel, Rise of the Apes.
He will play a hot nerdy scientist-- oh, we likey already--- the fantasies we are conjuring up!
His character is an integral element in the war between humans and apes.
****************
To add more to his full schedule (grad. student and T.A. at Yale, General Hospital stunt cast), Franco secured a comedic role too.
Ricky Stanicky, a film about three guys who hire an actor to play an imaginary figure.  Misdeeds and mayhem will ensue on this Hangover-like flick.
Posted by LA*SURFPUNK at 2:10 PM