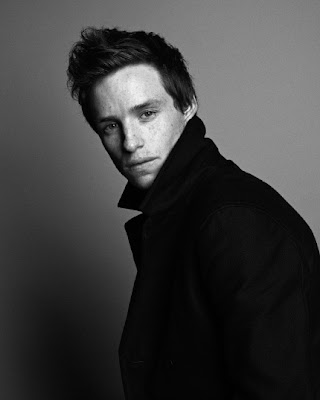 We think Eddie Redmayne is adorbs.  We don't know if it is his sprinkle of freckles on that well- scrubbed face or those hot bee stung, suckable lips--- probably the combination of both.   And being British doesn't hurt-- we're crazy for those lads.
He's been in a number of projects:  Savage Grace, The Good Shepherd and Powder Blue.
He even modeled several seasons for some Burberry campaigns.
Vanity Fair has a quick profile of the thespian since he is nominated for a Tony  for best performance by a featured actor in Red:

Play: Red, a bio-drama about artist Mark Rothko and his assistant, Ken.
Role: Ken. Age: 28.
Hometown: London, England.
Earliest Broadway memory: “I came to New York when I was about 13 years old, and I was taken to see The Fantasticks.” Most terrifying Broadway memory: “Walking down the stairs for the Gypsy dress rehearsal, opening the door to the back of the theater, and hearing this absolutely terrifying sound of 800 people seated in an audience. My heart sank.”

One of the many images of his campaign work for Burberry.  Eddie is on the far right: 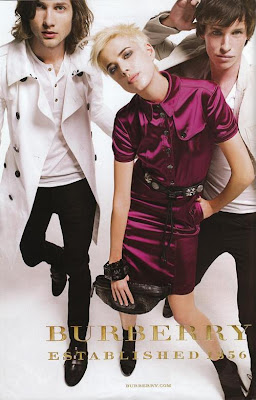