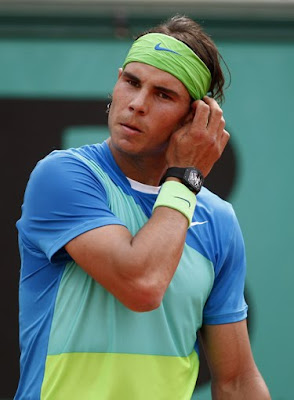 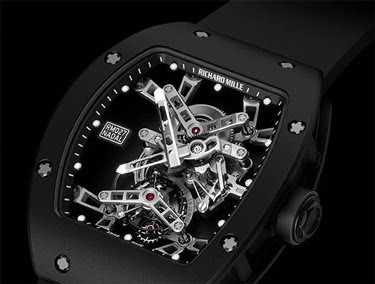 What a tennis player wears on the  courts is usually free and part of their endorsement deals.
This is such the case with Rafael Nadal.
The Spaniard donned a watch specially crafted for him.
The timepiece costs $525K.  It is a RM 027 Tourbillion watch made of carbon-composite case and lithium alloys and weighs just 20 grams.
This is the first time we know of that Rafa wore a watch on the courts.  It did NOT seem to affect his game.
The tennis stud breezed past his opponent Gianni Mina:  6-2, 6-2, 6-2.
Posted by LA*SURFPUNK at 7:44 AM