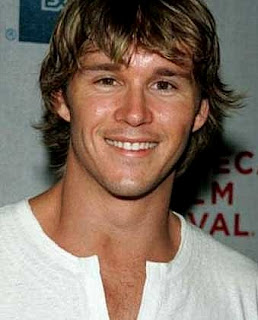 "My youngest brother, Lloyd, is gay. He’s a doctor, so he got every ounce of intelligence in the family. He was probably about 18 when he came out, and I can wholeheartedly tell you that from the day that he did, he was a changed man for the better. The sheer beauty of who he is really came through...There was never an issue (with my family). My parents always encouraged an open channel of communication, so we talked about that and everything else. That’s something lacking in a lot of modern-day families — just talking. It’s almost a lost art form........It was Einstein who once said, 'The most beautiful thing we can experience is the mysterious.' We almost know too much about far too many actors in this day and age — to the point where it becomes harder and harder to see them as a character. So I’ve always tried to maintain somewhat of an air of mystery,"  reveals Ryan Kwanten to The Advocate's Brandon Voss.  The latter quote is RyRy's coyness on his personal loves.
Posted by LASURFPUNK at 8:10 AM