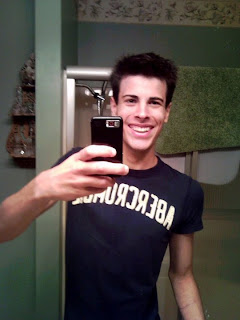 Yesterday, we reported on the premature death of Lance Lundsten.
His death may have been a result of an enlarged heart (coronary edema), not suicide (like we thought).
The Echo Press reports:
......he died from cardiac edema, a condition caused by an enlarged heart.

There was no evidence that drugs or alcohol played any role in the death, according to a family member interviewed by the newspaper. The family was told that it would be six to eight weeks before complete toxicology results are determined.

As always, our pro-gay vigilant and very opinionated Dan Savage peppers this tragic event with:

Lundsten's death is a tragedy however he died—and no one has disputed the fact that Lundsten was gay, out, and bullied at his high school, a school with anti-bullying programs and policies that do not cover or address anti-gay bullying. That Lundsten's friends—who were quoted in the first reports about his death—immediately concluded that his death was a suicide, and that the bullying he endured at his rural high school was a contributing or determinative factor, is evidence that Jefferson High School has a bullying problem regardless.
Go get em Danny Tiger.  We need more pro gay voices like Dan, always piping up about bullying until it is completely stopped.  OUT, GAY and PROUD:  that's what stops homophobic bullying!  Not hiding in some cliched closet or behind some gross cunt!!!
Posted by LASURFPUNK at 8:30 AM