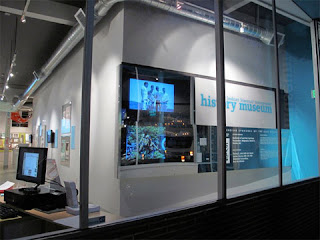 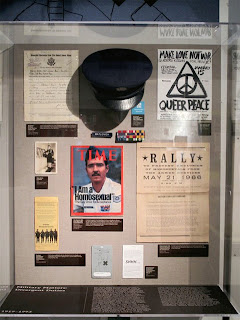 Is this the first ever GLBT history museum in the world?
This museum is ensconced  right in The Castro, San Francisco.
The museum houses all kinds of varied artifacts, from the pantsuits worn by lesbian pioneers Del Martin and Phyllis Lyon, being the first same sex couple to marry in 2004, later in 2008 with Mayor Newsom officiating to a section housing various military documentation of gays dating back to 1919 (honorable discharge of gay writer Clarkson Crane).
The museum is located at 4127 18th Street; the grand opening on January 13th.
The museum's funding is made possible by Levi's, the City of San Francisco and varied Castro merchants along with other donors and individuals.
Posted by LASURFPUNK at 10:20 AM