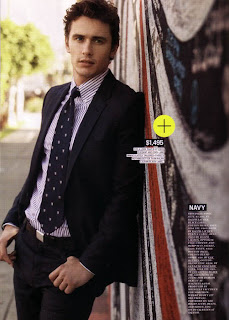 Your jaw may just drop with this quote that came out of Jamie Cakes'   hole
mouth.
Back off, bitches.... he's ours.  We ain't been doing this blog for nothing.  Our little love letters/postings about Jamie Cakes (and Nole Cakes, and our lucky Luke, and the RyRys and TayTay and.......) , singing his praises and beyond hotness.
We've been grooming, prepping,  primping, stretching (our legs, ass, mouth.....) to be primed for the moment when Jamie wants a manz!!!
Franco confesses to Entertainment Weekly:
It’s funny because the way that kind of stuff is talked about on blogs is so black-and-white...It’s all cut-and-dry identity politics. 'Is he straight or is he gay?' Or, 'This is your third gay movie — come out already!' And all based on, gay or straight, based on the idea that your object of affection decides your sexuality...

...There are lots of other reasons to be interested in gay characters than wanting myself to go out and have sex with guys. And there are also lots of other aspects about these characters that I’m interested in, in addition to their sexuality. So, in some ways it’s coincidental, in other ways it’s not. I mean, I’ve played a gay man who’s living in the ’60s and ’70s, a gay man who we depicted in the ‘50s, and one being in the ‘20s. And those were all periods when to be gay, at least being gay in public, was much more difficult. Part of what I’m interested in is how these people who were living anti-normative lifestyles contended with opposition. Or, you know what, maybe I’m just gay.”
Posted by LASURFPUNK at 1:52 PM