There is a lot of James Franco news nuggets!!
1) 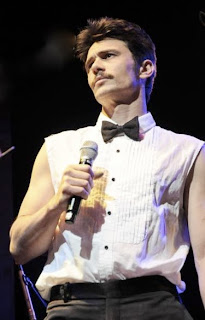 Jamie Cakes surfaced at the 2nd Annual Rob Pruitt Art Awards and sang a duet with Kalib Lindey.
He's unstoppable. He writes, he acts, he directs, he sings, he studies........ 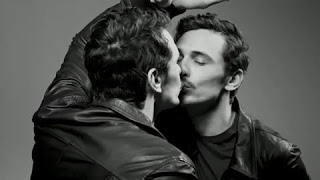 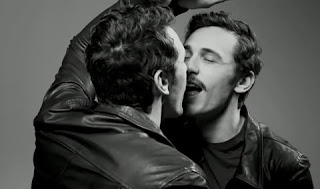 The New York Times had 14 actors (Fourteen Actors Acting), from this year's pivotal film pool,  portraying classic screen icons.
We think Jamie Cakes is channeling  a little Marlon Brando and James Dean.
We loooooove how he seduces ( himself/a lucky date?/ what he does with a paramour on a date?) with flirting then it eventually leads to a first kiss.
HOT!!
Try that move on us,  BABY!!!  Anytime.
We need a fan.... we're getting the vapors.
Goood  Lorrrrrrrrrrrrrrrrrrrrrd. 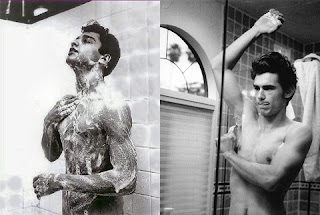 Jamie Cakes optioned the new bio of 50's Rebel Without A Cause co-star Sal Mineo.  He could use this as a project to write and direct.
AND-- we HOPE to star in.  From some angles, they look so alike!!
Franco optioned the property himself for his Rabbit Bandini shingle as a potential writing-and-directing vehicle. He currently does not plan to star but that could change. Sal Mineo: A Biography, by artist and photographer Michael Gregg Michaud, was published in November by Random House. It details Mineo’s rise to fame in such films as Rebel and 1960’s Exodus, his conflicted sexuality and friendships with Dean and Natalie Wood, as well as his 1976 death in West Hollywood after being stabbed by a pizza deliverman."

Posted by LASURFPUNK at 1:32 PM