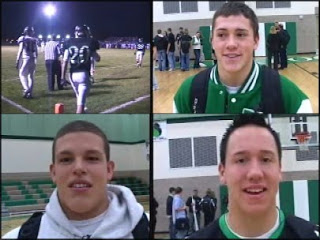 Can't make this shit up.....
The Huffington Post  reports:
Three college football players, including Boise State freshman receiver Anthony Clarke, have been charged with sexual crime, battery and false imprisonment due to incidents which took place last year at a high school in Blackfoot, Idaho, according to Reuters.
According to police, five athletes are charged with forcible sexual penetration using a foreign object on their teammates on the high school basketball team. They were also said to have beaten and "restrained the victims in a locker room and on a school bus during a three-month period that began last December."

"Now that everything is out, more victims are coming forward because they realize they are not alone and they don't need to be afraid or embarrassed," Blackfoot Police Captain Kurt Asmus said on Thursday.

All individuals have been suspended from their respective teams.
Posted by LASURFPUNK at 12:41 PM