No TayTay for little Timmy. 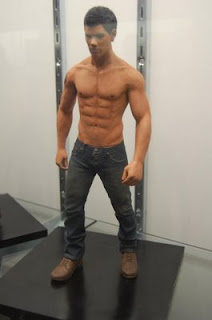 No Edward.
No Harry Potter.
The Salvation Army has placed a ban on all Harry Potter and Twilight toys because  witchcraft, sorcery and eternal-life beings  violate the organization's Christian beliefs.
The Salvation Army is throwing the toys away rather than give them to another donation-type charity.  BITCHES.  That's very unChristian like.  Just a hatin.  Duplicitous CUNTS!!
Keep this shit up Salvation Army and (we hope)  you won't see any fucking donations coming in at those loud-ass/annoying  forever-ringing  bell kettle pots positioned outside grocery stores and discount centers!!
I asked if these toys went to another charitable organizations but was told no, that by passing these toys on to another agency for distribution would be supporting these toys," said the man, who wouldn't give his name due to his occupation. The man called himself an admirer of the Salvation Army and was impressed by the massive quantity of toys collected in city malls, schools and police stations through the Toy Mountain campaign. But he questioned why the charity would be sifting out Harry Potter and Twilight toys, which involve sorcery and vampire themes, respectively. "I was told to withhold a six-inch Harry Potter figure, but when I picked up a plastic M-16, I was told, 'That's for the 10-year-olds,'" he said. "I was shocked...war-themed toys and toys from TV shows and movies with far more violence than Harry Potter and these were considered appropriate toys?"
Posted by LASURFPUNK at 3:23 PM