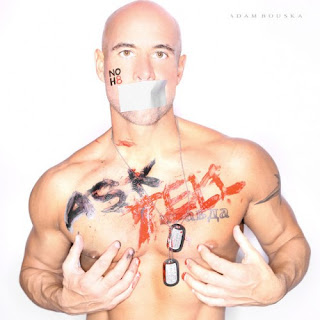 This is great news! Lt. Colonel Victor Fehrenbach should be receiving everything due to him: his rank and pension.
Fehrenbach is a 19-year veteran of the Air Force and the military spent $25 million training him. He was discharged under the suspicion of Don't Ask, Don't Tell.
Before the repeal of DADT, it was speculated that even though Fehrenbach served a stellar military career, he was going to be discharged with nothing.
"It was a great sense of relief. I didn't expect it," said Fehrenbach, 41, a 1991 University of Notre Dame graduate, in a telephone interview Tuesday from Mountain Home Air Force Base in Idaho. For nearly three years, Fehrenbach has been in a battle to save his career because of the military's "don't ask, don't tell" policy — a policy that was overturned in late 2010. With no further explanation, the military in January sent Fehrenbach new orders: Effective Sept. 30, he will be retired from active duty at his current rank and with his pension. He'll serve out the remaining months of his military duty at his current desk job at the base in Idaho.


A look back on the NOT so good ol' days:

Posted by LASURFPUNK at 9:12 PM