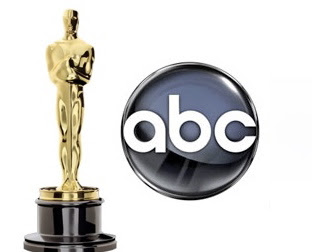 We've been hearing Oscar telecast chatter all week, but our moles have solidified most of the rumors.
The scoop:
Jamie Cakes (Gucci will officially dress Franco) and that other host will have 5 costume changes.
The first 10-minutes, the Oscar intro, will have the hosts in scenes from this year's 10 Best Picture nominations. Didn't Billy Crystal do this before? Repeat much?
Mo'Nique refuses to be a presenter. The Academy has asked the comedian several times to appear on Sunday's telecast. That doesn't exactly endear you with the Academy members, sweetie. The Academy remembers things like this. That year-old trophy will be just that: a one-hit wonder.
Steven Spielberg will present Best Picture.
Hilary Swank and Kathryn Bigelow will give Oscar statuettes for Best Director.
Two-thirds of the show, look for a "guest host." He will perform a monologue. We say it is Billy Crystal.
Halle Berry will present the tribute to Lena Horne.
Tom Hanks presents Best Art Direction and Best Cinematography.
Justin Timberlake and Mila Kunis present Best Animated Short Film and Best Animated Feature.
Javier Bardem and Josh Brolin present Best Adapted Screenplay and Best Original Screenplay.
Helen Mirren and Russel Brand present Best Foreign Language Film.
Nicole Kidman and Hugh Jackman present Best Original Score.
Matthew McConaughey and Scarlett Johansson present Best Sound Mixing and Best Sound Editing.
Cate Blanchett will present Best Makeup and Best Costume Design.
Zachary Levi and 2 others perform Tangled's I See The Light.
Jake Gyllenhaal and Amy Adams present Best Docu. Short Subject and Best Live Action Short Film.
Celine Dion will perform Smile.
Jeff Bridges will present best Actress; Sandra Bullock will resent Best Actor.
A New York school choir closes the show with Over the Rainbow.
Posted by LASURFPUNK at 5:30 PM